Provide your best email and I'll send you this Ultimate Guide right away! Let's take the first step together.

*that actually get responses

Seek career advice, schedule meetings & lunches, find the perfect mentor, or even land your next gig! 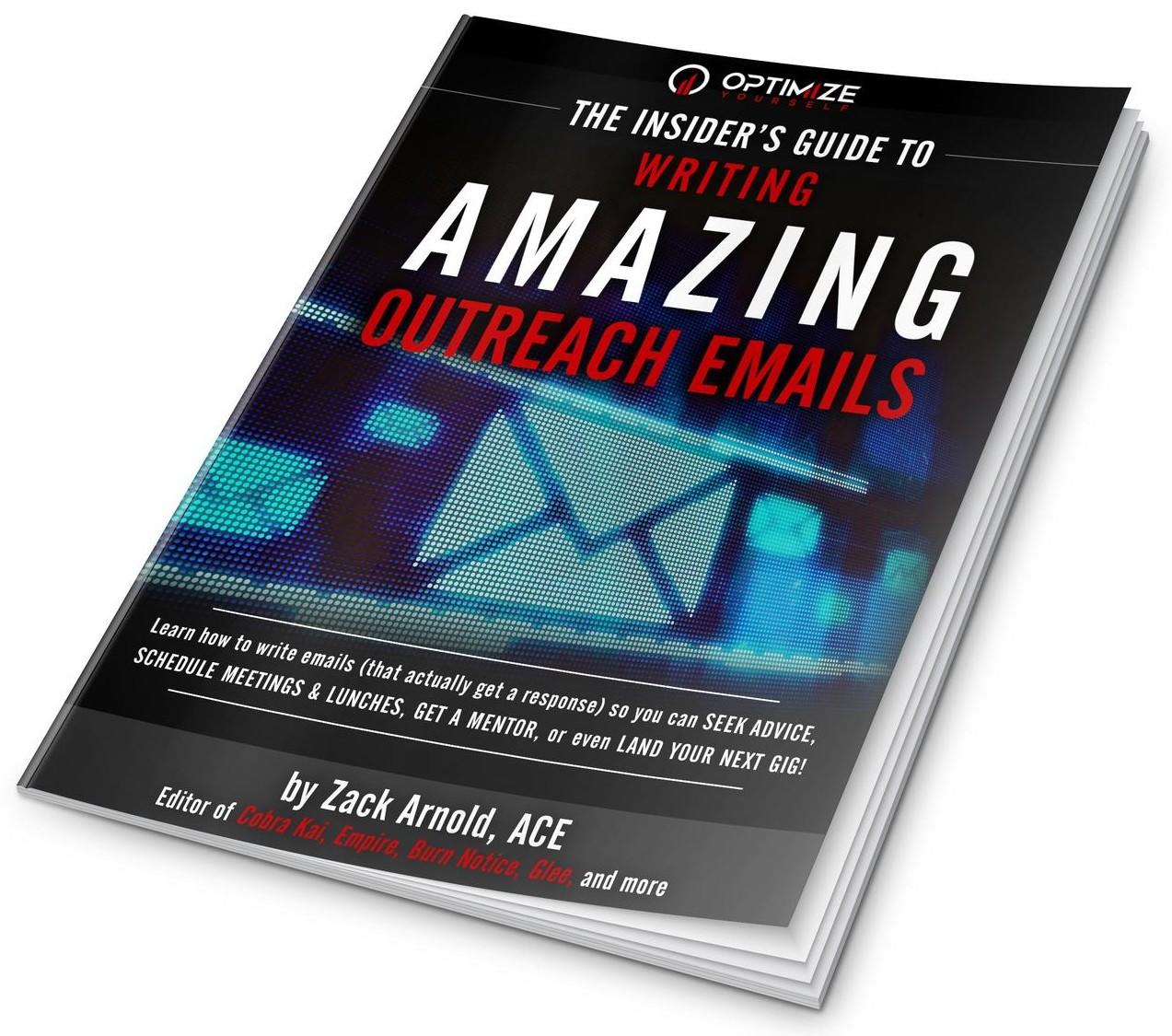 Seriously...is there anything worse than that pit in your stomach when you’re about to hit 'Send' on a cold outreach email to someone you admire?

“They’re too busy to pay attention to me.”

“I probably sound desperate or needy.”

“Why even bother? Nobody wants to help me.”

Imagine where your career could be one year from now

if you sent just one thoughtful, personal, and authentic message per week to people who could provide you with priceless career advice, mentor you, introduce you to the right people, open the right doors, or even hire you for your dream job.

After working through this guide my hope is that you’ll better understand why learning how to do cold outreach is an absolutely vital skill to develop (especially in a post-pandemic world) as well as how to draft compelling messages that people will happily respond to.

*I've been told that I should charge money for this guide, but I believe you should have 100% FREE access to the strategies, tactics, and mindsets I provide that I would have died for when I was just beginning my career in the entertainment industry with ZERO connections.

What's Included In This FREE Guide?

This 44-page (10,000+ word) Insider's Guide is the culmination of almost twenty years of my industry experience working in Hollywood and building a professional network of hundreds of industry colleagues and mentors who have referred me for multiple, game-changing career opportunities. This isn't a simple 5-step blog post, this is a MANIFESTO on the exact steps to take to build your dream network from the comfort of your laptop, which includes: 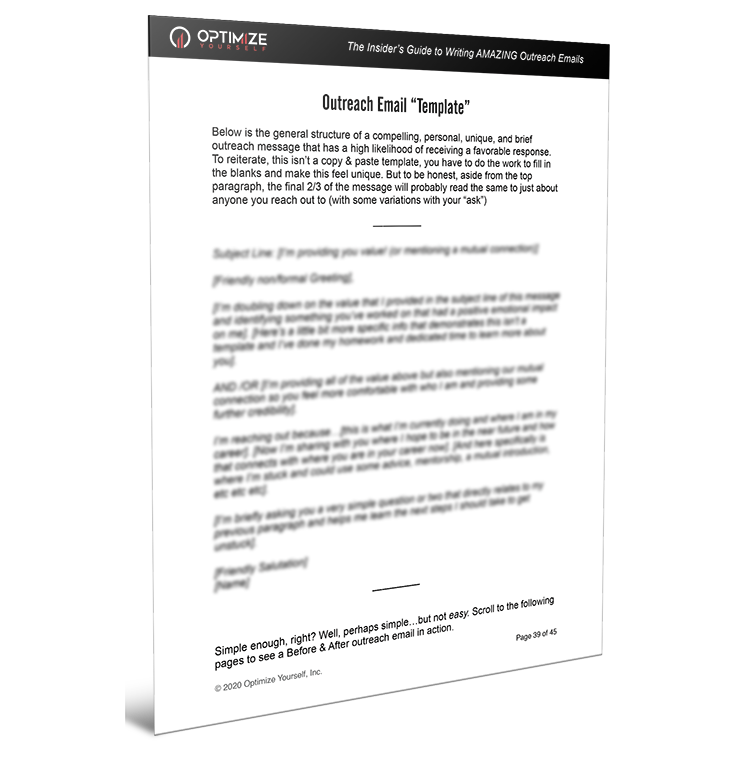 I break down every individual step of a compelling outreach email from the subject line down to the final salutation. 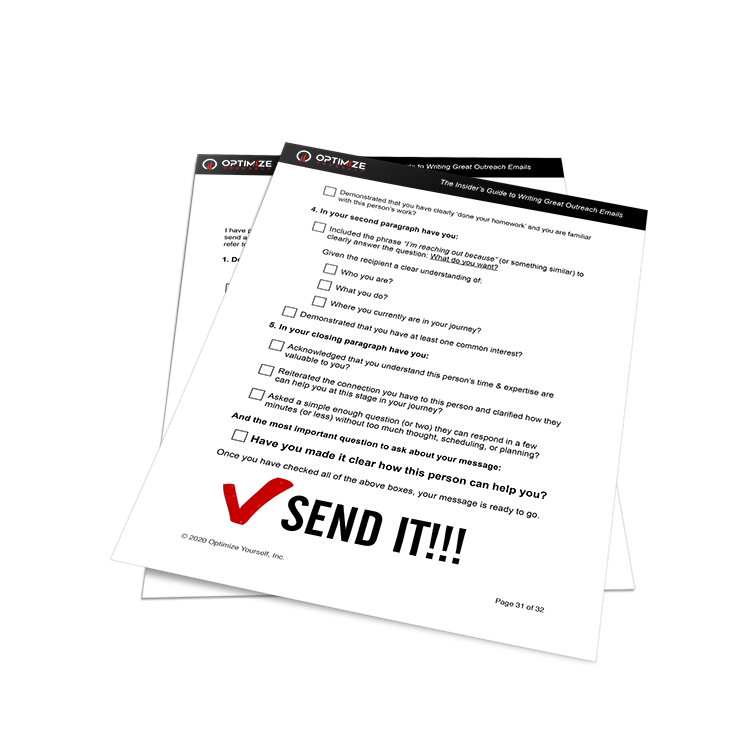 I provide you with a 2-page simple-to-follow checklist that ensures your next outreach email will get you a positive response! 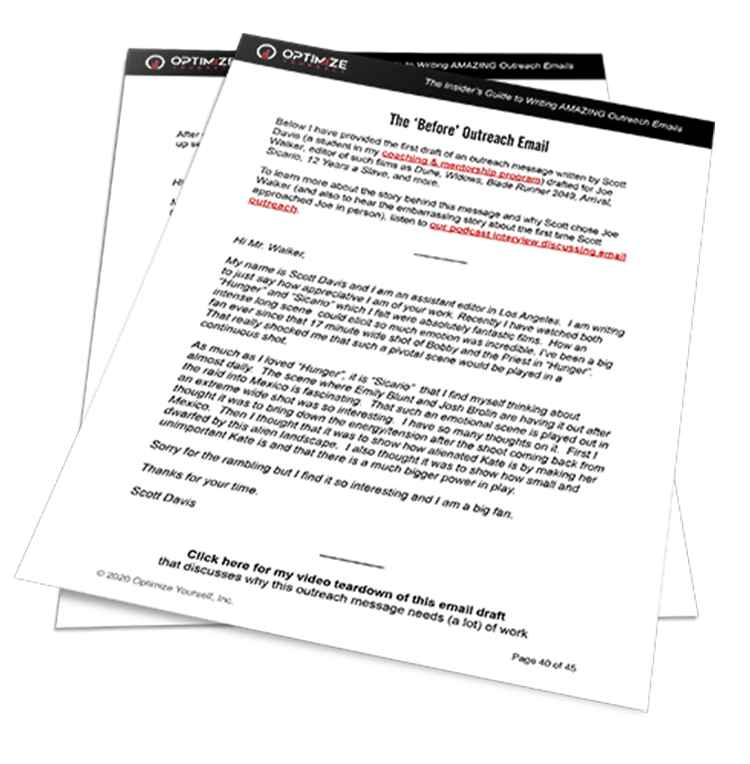 Before & After Case Study

In a BONUS video tutorial lesson I break down in detail why a specific outreach email won't work (and how to fix it so it will).

Here's What Else You Will Learn... 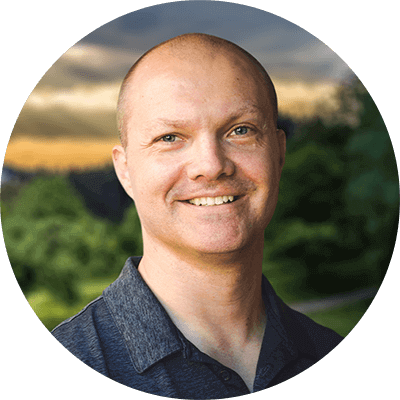 My name is Zack Arnold. I’m a member of the American Cinema Editors (ACE) and an award-winning film & television editor of such hit shows as Cobra Kai, Burn Notice, Empire, Glee, and more. My work as an editor, documentary director, entrepreneur, and mentor has been featured in such publications as Forbes, NPR, Spectrum1 News LA, Post Perspective, Trello, Film Editing Pro, Frame.io, CineMontage, I Will Teach You to Be Rich, and The Huffington Post. I'm also an online instructor for LinkedIn Learning.

I work with creative professionals like you to become healthier, more productive, and pursue YOUR definition of success...without burning out or sacrificing work-life balance (or your sanity) in the process.

When I first began my career as a film & television editor almost twenty years ago I had exactly ZERO contacts in the entertainment industry (no nepotism here). I know how lonely and isolating it is to try and break into an industry where you believe in your bones that you are AMAZING at what you do...except nobody knows it (at least not yet). This guide is a collection of the many tactics & strategies I've used to build a network of hundreds of friends, colleagues, and mentors at the highest levels in Hollywood.